Editor’s note: COVID-19 Economic Analysis is a series of articles offering expert views on developing micro and macroeconomic situations around the globe amid the coronavirus pandemic. Xu Bin, the author, is a professor of economics and finance at China Europe International Business School. The article reflects the author’s opinions, and not necessarily the views of CGTN.

The COVID-19 pandemic has dealt two rounds of blows to the global economy.

The outbreak of the new type of coronavirus was sudden and ravaged the Chinese economy first before becoming a pandemic and spreading across the rest of the world.In China, the initial effects were sudden drops in domestic aggregate demand and supply.

The components of aggregate demand in the Chinese economy – consumption, investment and net exports – declined by varying degrees. Specifically, total retail sales of consumer goods dropped by 20.5 percent from the same period a year earlier, fixed-asset investment slumped by 24.5 percent, and net exports fell by 116.2 percent.

On the supply side, widespread shutdowns of businesses to fight the epidemic caused a decline in aggregate supply. The sharp drop in demand led to negative growth for business revenue and gross profits as well as weak market confidence. The manufacturing Purchasing Managers’ Index (PMI) for February fell to 35.7, while non-manufacturing PMI dipped to 29.6 – far below the watershed line of 50. 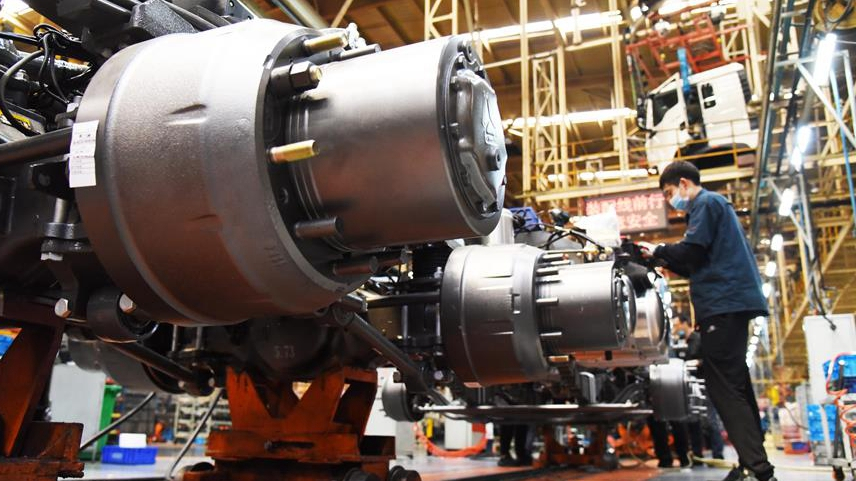 The International Monetary Fund (IMF) once predicted that China would account for 28 percent of global growth in the five years from 2019 to 2024 and play a pivotal role in the world economy. For this reason, the massive economic setback China experienced amidst the pandemic will reverberate through the world, putting downward pressure on global economic growth. Public data indicates that countries and regions such as Japan, South Korea, Singapore, the Eurozone, the United Kingdom, and the United States, experienced varying rates of manufacturing PMI declines in the first quarter of 2020 – most coming in below the watershed line.

The virus spread further, wreaking havoc across European and the U.S. economies, which in turn sent ripples back to China.

The Economist predicted on March 31, 2020, that worldwide GDP this year would contract by 2.2 percent while China’s GDP would grow by one percent. As the pandemic continued to worsen, the IMF on April 6 slashed its projection of global economic growth for 2020 from 3.3 percent to -3.0 percent and raised its growth forecast for 2021 to 5.8 percent from 3.4 percent. The 2020 growth forecast for China was lowered to 1.2 percent (second only to India’s 1.9 percent) from a previous estimate of 6.0 percent, and the growth rate for 2021 adjusted to 9.2 percent from 5.8 percent. 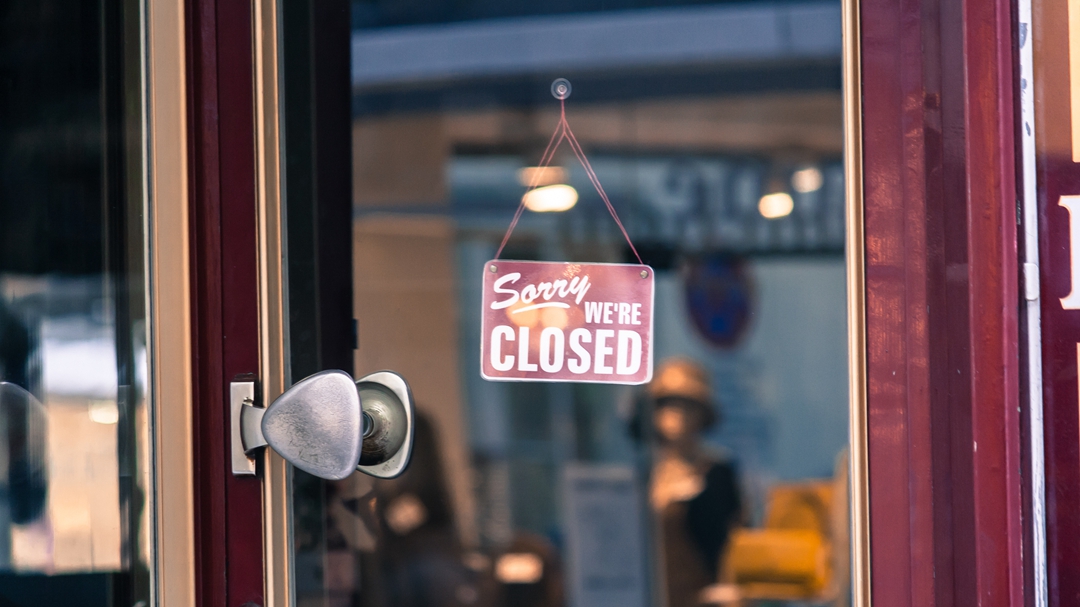 By significantly slashing the forecast for 2020 and raising that of 2021, the IMF sent out a number of signals. Firstly, it reckons that the pandemic’s effects will be short-term rather than medium- or long-term. Secondly, as the global economy inevitably falls into recession, China’s economic comeback will be amongst the world’s strongest in 2020, despite an annualized growth rate below two percent. Thirdly, the global economy will return to high growth in 2021, when China may see a strong recovery with higher-than-nine-percent growth.

In response to IMF’s forecast, Mao Shengyong, spokesperson for the National Bureau of Statistics of China and director general of the Department of Comprehensive Statistics, said that China, which the IMF estimates will maintain a growth rate of 1.2 percent, is amongst the few major economies to continue expanding with positive growth. Meanwhile, Mao noted that growth will still average out at above five percent for the two years combined. Provided the global economy returns to normal next year, China’s economy will spring forward and make up ground lost because of the pandemic.

Next, we turn our attention to where the Chinese and other world economies will be headed following the pandemic, for which I would like to make three predictions.

A. The excessive supply of money to cause greater asset price inflation

Ben Bernanke, former chairman of the U.S. Federal Reserve, noted two new characteristics of the macro-economy in the 21st century – low inflation and low interest rates – in his address to the 2020 American Economic Association (AEA) Annual Meeting in early January.

Low inflation and low interest rates have laid the basis for a new mindset behind macroeconomic policies. In traditional macroeconomics, a large supply of money will trigger rising inflation. But today, the money supply and inflation are no longer closely related. A major reason for this change is the shift in modern economies from commodity-based to asset-based models.

In a commodity-based economy, injections of new money will lead to rising commodity prices and inflation. However, this process does not necessarily apply to asset-based economies. The inflation that we see is often structural (e.g. the price of pork going up), or import-related (e.g. the price of petrol rising). However, the oversupply of money often results in rising asset prices. China has started to exhibit significant traits of an asset-based economy, with the quick development of the real estate sector this century. Therefore, the massive supply of new money has not caused excessive inflation. 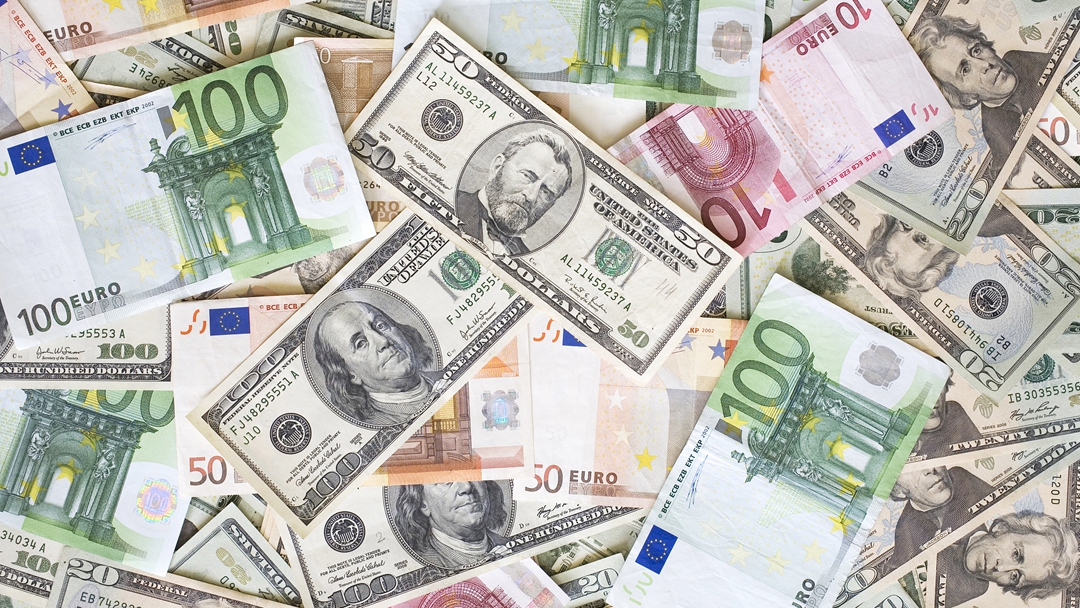 Low inflation and low interest rates mean conventional monetary policies that focus on slashing interest rates are outdated and that extraordinary new monetary policies, with quantitative easing as the exemplar, will be the norm from now on.Actually, since the collapse of the Bretton Woods system in the 1970s, the global monetary system has moved into an anchorless era. However, the dominant thinking behind monetary policies continued to focus on adjusting the supply of money to control inflation. After the 2008 global financial crisis, central banks abandoned their conventional policy mindset and injected massive amounts of money into the economy. Now, faced with the pandemic, they have rolled out large-scale quantitative easing in a bid to boost the economy. I believe this trend will continue after the pandemic.

The excessive supply of money will cause greater asset price inflation (e.g., rising property prices). Such asset price inflation will further widen the gap between rich and poor, posing huge social risks. If the bubble breaks, a serious financial and economic crisis would result. These are some of the risks that we must pay close attention to.

B. The regional restructuring of the global economy to accelerate

There are several modes of international relations: Unilateralism, bilateralism and multilateralism. Regionalism has emerged as an important mode of international relations in recent years. We are not talking about a region as a geographic concept, but as a group of countries that share common interests and build exclusive partnerships among themselves. These associations make these constituent entities distinct from countries outside the region. An example of regionalism is the Association of Southeast Asian Nations (ASEAN). As de-globalization looms and multilateralism is increasingly called into question, regionalism is gaining ground and this development may accelerate the regional restructuring of the global economy.

C. The future of the Chinese economy to heavily depend on internal factors

The Chinese economy would have increasingly been subject to internal dynamics even if the COVID-19 pandemic and the China-U.S. trade war had not occurred.

Internal factors that boost efficiency and productivity are, in this context, institutional reform and technological progress. Therefore, China must deepen reforms, encourage enterprises to innovate, build a fair and open market ruled by law, and unleash the creativity and wisdom of its people.

The pandemic has wreaked havoc on the economy, but the effects of the virus will likely be short term. The best advice is for everyone to stay calm and consider self-improvement and try to build a robust business, which I think is more important today than ever before.

Share This Post
Have your say!
00
Previous Article6 Insights to Current Funding Trends for Your StartupNext ArticleFour Strategic Priorities for the Post-COVID-19 World